Yesterday I gave my grandson Lucas his first sewing lesson. We made a teddy bear. We looked online for a pattern to give us some ideas, and wound up picking one called Charity Bear from Shiny Happy World. Of course we had to tweak the design! He picked out the fabric, a heavy brocade and a paisley corduroy back. He took the bear home before I got a photo of the back! He cut out the pattern, learned how to pin, how to use the presser foot, reverse button, and cutter on the sewing machine. It was his idea to put the yellow parts on the ears......he did most of the stuffing, we added some dried lavender so that made it into a dream pillow. We sewed the opening together with a slip stitch. Ta Da! He named her Lavendy. 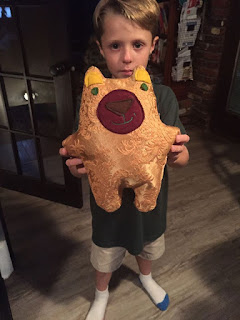 We are looking forward to our next class. Not sure what we are going to make, maybe another bear for his brother. :)
Posted by Artist Victoria O'Neill at 6:59 PM No comments: 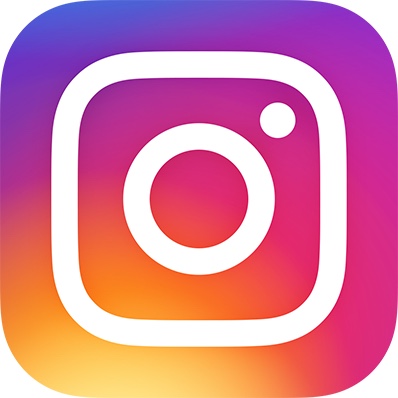 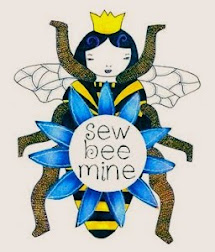